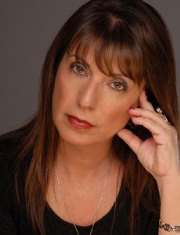 +44(0)20 7384 9955
Jo Hemmings is a Behavioural Psychologist, specialising in the Media as well as a Dating and Relationship Coach and TV and radio personality. With degrees from the Universities of Warwick and London, Jo is the UK’s best known and respected Celebrity Psychologist and was the UK’s first Dating Coach.
Jo specialises in the psychology of celebrity behaviour, whether A-Listers or reality TV stars, and is the Behavioural Expert of choice, as a regular Psychologist on ITV’s Good Morning Britain and ITV’s This Morning, and discussing the contestants on Britain’s Got Talent and The X Factor on BBC and Sky News. She also appears regularly commentating on celebrity behaviour and body language as well as on topical news stories for Channel 4 and C5 news.
Jo also works off camera and was the Behavioural Psychologist for Channel 4’s Big Brother’s Little Brother, giving psychological advice and assessment to reality TV producers and contestants both during the selection procedure and the series.
Most recently Jo was psychologist for Katie Price's reality TV series Signed by Katie, as a 'talking head' on a number of documentaries for ITV, Channel 4 and an expert on Bikini Body?  50 Shocking Facts about Diet and Fitness for Channel 5.  She was also the Dating Coach on Sky 1 series The Love Machine, Channel 4’s Jewish Mother of the Year, and the ITV Tonight documentary Looking for Love.
In April 2014, she was ranked at No.2 in the UK and No.17 in the world, in the ‘30 Most Prominent Psychologists on Twitter’ by bestpsychologydegrees.com, and in November 2014 she was awarded ‘Dating Expert of the Year 2014’ in the first annual Dating Awards. She has over 23k Twitter followers at @TVPsychologist.
Jo is the author of six successful books on dating and relationships, the most recent title being Sizzling Sex – turning the heat up in your sex life, published in 2013 by Quadrille.
She comments weekly on celebrity body language for New! and Look magazines, and writes regularly for magazines such as Cosmopolitan, Grazia and Marie Claire as well as regular comments and articles for national press including The Sunday Mirror, The Daily Mail, The Sun and The Daily Star.
Jo's Books 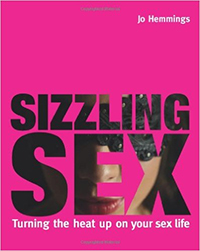 Sizzling Sex: Turning the Heat Up on Your Sex Life
Intimate and explicit, amusing and rousing, in Sizzling Sex, Jo Hemmings guides you all the way from how to have the hottest kiss of your life to the best positions for a lust-filled quickie in this fully photographed guide on how to take your sex-life to a new level of satisfaction. With three main sections outlined below, Sizzling Sex is the ultimate recipe book, full of arousing and revealing photography, to take your sexual appetite from lukewarm to roasting hot.