On Monday 30th June Restaurant Mark Greenaway was voted into the UK Top 100 Restaurants, as compiled by Restaurant Magazine. Officially placing 81st, the North Castle Street premises are one of only 7 Scottish entries this year.  With over 56,000 restaurants in the UK, it is an honour to be listed in the top 100.

The list is voted for by a team of 150 industry experts, making it one of the most trusted and respected in the UK.

Mark said: "Being voted into the top 100 in the UK is a great accolade, especially as it comes from such highly respected industry individuals.  The first 6 months of 2014 have been great for us, as our 3AA Rosettes were also reinstated after our move from Picardy Place.  I am now looking forward to what the next 6 months will bring!  It is also great to see an increase in the number of Scottish restaurants making it into the top 100.

The award is testament to all the hard work the team have put in, which includes both kitchen and front of house.  I am delighted for them, as they fully deserve to be seen as one of the finest dining establishments in the UK.   It is great to see the team rewarded and gives us a perfect platform to continue building on.

I'd also like to thank everyone who has visited over the last 12 months, as without you we would not be considered for such honours."

The awards ceremony took place in London's Hurlingham Club, on Monday the 30th of June.  The full list is available here. 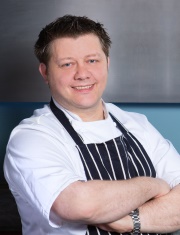