News
Ed Baines - You're Back In The Room
You're Back in the Room, Saturday 14th March, 8:20pm, ITV
Hosted by Phillip Schofield we see a team of five strangers take on apparently simple challenges to win money but each of these contestants have been hypnotised.
The contestants, each willingly open to hypnotic suggestion, will be hypnotised by International mentalist Keith Barry and seemingly straight forward tasks will get much harder as their hypnotic triggers cause them to inadvertently sabotage their chances of winning with hilarious consequences.
This week sees the You’re Back In The Room contestants set four seemingly simple challenges – making a model from clay, balloon inflating, a music quiz and serving dinner for four world class chefs as well as the shows final End Game - moving balls from one side of the room to the other. But there’s one obstacle in their way – Keith Barry, International mentallist is on hand to serve up his own helping of hypnotic triggers.
Of the chaos that ensues, highlights include contestant Kate believing she’s in love with Phillip Schofield and that he’s about to propose to her, contestant Ross, who thinks he’s Patrick Swayze in the movie Ghost and feels compelled to re-enact the infamous pottery love scene whenever he hears Unchained Melody, and contestant Leonie, who is tasked with serving gravy – but thinks she’s on a ship in rough seas. As the contestants watch back with family and friends, they cannot believe their utterly hilarious and completely unexpected actions!
Special guests this week are celebrity chefs Aldo Zilli, Paul Rankin, Ed Baines and Lesley Waters – all of whom contestant Steven believes are toddlers.
You’re Back in the Room is a fun, family game show with a unique twist – you really have to see it, to believe it! 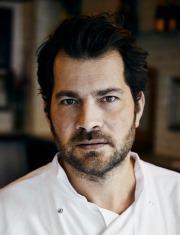 You're Back In The Room - Begins 8:20pm, Saturday 14th March, ITV from Tuesday's Child on Vimeo.