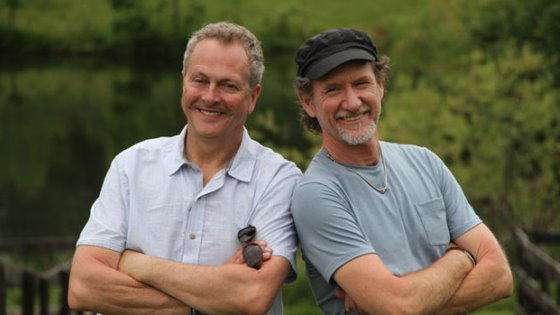 Paul Rankin and Nick Nairn return to STV with a double series of their Big Food Trip!
Starting with Paul & Nick's Big Canadian Food Trip on 10th August, the chef pals follow the trail of the Ulster Scots who travelled and settled in the New World. In this series they visit New Brunswick, Nova Scotia and the greater Toronto area.
This series is followed by their most recent journey to New Zealand where, even though they are on the other side of the world, they still manage to find rich cultural connections and meet and cook for the Ulster Scots who have made NZ their home.
Paul & Nick's Big Canadian Food Trip
Paul & Nick's Big Food Trip New Zealand
Fridays from 10th August at 8pm on STV