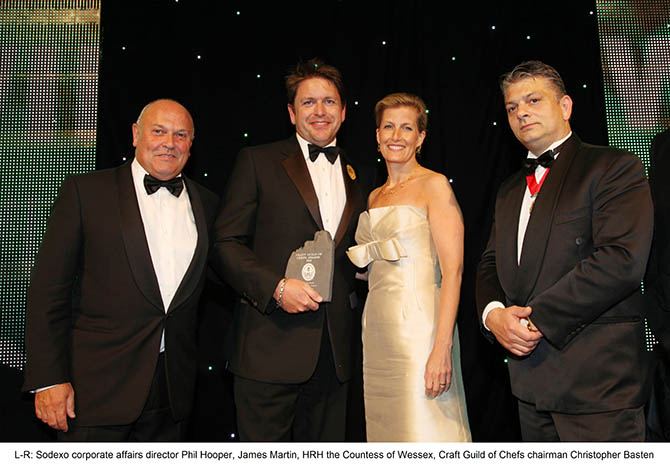 Congratulations to James Martin, winner of the 2013 Craft Guild of Chefs Special Award!

The Craft Guild of Chefs held it's special 20th anniversary awards on 10th June at a splendid gala dinner at London’s Grosvenor House Hotel in Mayfair.  The Special Award, sponsored by Sodexo for more than a decade, is presented to someone who has made an outstanding contribution to the industry, and James Martin was praised for his commitment.

James thought he was there to present an award and was completely taken by surprise, he commented afterwards "This award is the biggest and only award I've ever won, it means a great deal to me as it is judged and awarded by my peers". In his response he thanked fellow chef and former Special Award winner Brian Turner, his staff, and above all Pierre Koffmann for being his friend and mentor.