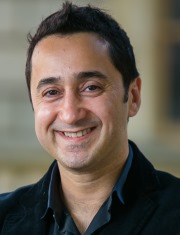 +44(0)20 7384 9955
“This Tiggerish man of spice has been a quietly fizzing fire-cracker for far too long, now. So, thank heavens he has finally exploded with this exciting and colourful book.”  - Simon Hopkinson
Arun Kapil is an Anglo-Indian chef, food entrepreneur, spice expert, and founder of Green Saffron – multi-award-winning purveyors of the finest spices, rice, sauces and spice blends you'll ever experience.
Born to a Hindustani father and Yorkshire mother, Arun grew up in the steel town of Scunthorpe before heading to London in search of excitement.  He soon found it, with buckets of charm and luck, but no experience, he found himself waiting tables in Ronnie Wood’s restaurant; his first taste of the food industry.
In September 2004, Arun moved to Ireland for the Ballymaloe Cookery Course.  He went on to work at Ballymaloe House, as a chef and while working there came up with the idea for Green Saffron - importing spices to create authentic Indian blends, accompanied by simple to follow, delicious tasting recipes.  Since winning multiple awards from ‘Great Taste’ and ‘Blas na hEireann’ Irish Food Awards, the brand has grown enormously and is available in supermarkets across Ireland, UK and France.
His passion for the science of spice, flavour combination and achieving the best from his raw product is second to none.  Arun’s ridiculously infectious enthusiasm makes him the ideal spokesman for all kinds of spicy matters.  No matter how conservative the customer, he manages to encourage everyone he meets to embark on their very own culinary adventures.
Arun regularly appears on Irish and UK television including TV3’s Late Lunch Live, and RTE 1’s top rated afternoon show, Four Live, Market Kitchen on UKTV, Channel 4’s Cookery School, Sunday Brunch, and is a regular on Irish national radio.  A BBC television appearance on Paul Hollywood’s Pies & Puds allowed Arun to introduce some wonderfully esoteric wares, and share some of his surprising ways with spice.
His first cookbook, Fresh Spice, published by Pavilion in October 2014 (Wild Spice, published by Sterling in USA), introduces readers to an entirely new way of thinking about spices, and is tipped as a tome with potential to revolutionise popular perceptions on the topic.
With his skills in hot demand from top chefs the world over, Arun roves the globe to share his knowledge and help develop dishes that completely redefine diners' ideas about spice. He develops new products with retailers and restaurants, as well as experimenting at Green Saffron's own ‘Centre for Spice Innovation’. He hosts regular pop-up restaurant events in the UK and Paris.
As a noted spice authority, Arun boasts an ever-expanding encyclopedic knowledge of his subject. He can capture a crowd's imagination within a few seconds, and retain their interest for hours.  He hosts cooking demonstrations at events such as the annual Abergavenny Food Festival, Malton Festival, and Ideal Home Show’s Eat and Drink Festival. 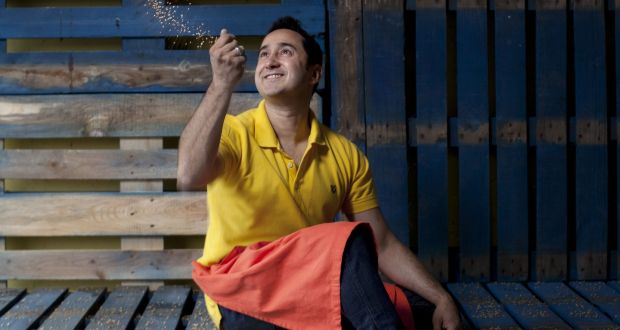 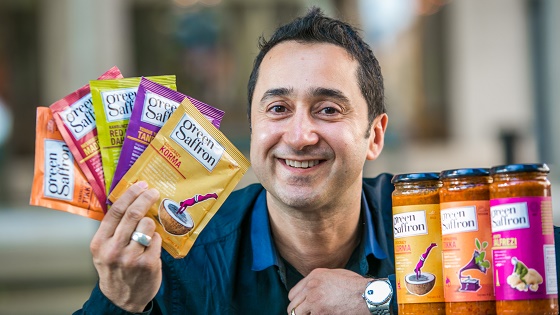 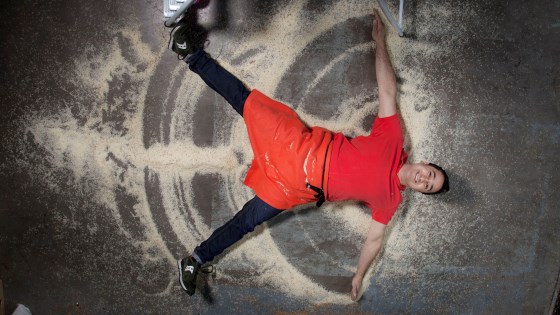 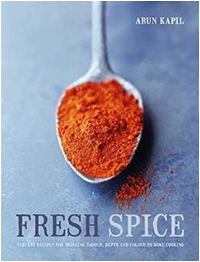 Fresh Spice: Vibrant Recipes for Bringing Flavour, Depth and Colour to Home Cooking
Spice cookery has grown up. In a world of monochrome seasoning of white salt and black pepper, Fresh Spice breaks with tradition and fuses together spices and dishes from different cultures to create a unique cookbook. This book will change your perception of seasoning, flavours, textures and taste, as well as how you use spice. The science of cooking with spices is explored alongside the key rules for blending them together. The first rule is to divide them into categories of base, medium and high notes, with base being the earthy, strong spices such as turmeric, and high being more fragrant spices such as cardamom; the second is to divide them into colour groups, and to try to stay roughly within these when blending. But the real highlight of this book is its 120 extraordinary recipes, which use spices to transform classic dishes from all over the world. There's Poached chicken with lemongrass and herbs, Roast herbed salmon with cardamom sauce, Asafoetida risotto with walnuts and celery leaf, Winter leaves & spiced squash and Ginger & lime pudding. In the introduction Arun describes how to buy and cook with spices and takes a simple look at the science of flavour and the role of ayurvedic medicine in blending spices. In the comprehensive A-Z of Spices, he gives a description of the spices used in the book, along with their flavour and aroma profiles and how best to buy them.
Arun's Videos