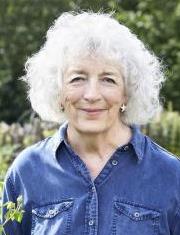 +44(0)20 7384 9955
Judith Hann is an author, broadcaster, speaker and leading authority on healthy eating and the science of herbs.  She has written many books on science, medicine, health and food, selling over a million copies in 20 different languages.
For 20 years Judith presented the BBC’s popular science programme Tomorrow’s World, which was seen weekly by up to 12 million viewers.  She has also written and presented programmes like BBC1’s Watchdog Healthcheck, and her own 8-part BBC TV series, The Taste of Health.
During her TV career Judith worked with some of Britain's most talented chefs, learning everything she could about cooking with herbs.  She went on to write about many of her favourite culinary herbs in her book ‘The Food of Love’, and in the Herb Society magazine ‘Herbs’, before becoming the Society's president for two years.
Her latest book, HERBS, was published by Nourish Books in August 2017, and includes all of her popular recipes and information on how to grow herbs successfully.
Judith now runs courses on growing and cooking herbs at her beautiful herb garden, containing over 150 herb varieties, which she built from a derelict pig yard on her small farm in the South Cotswolds.
Judith's Books 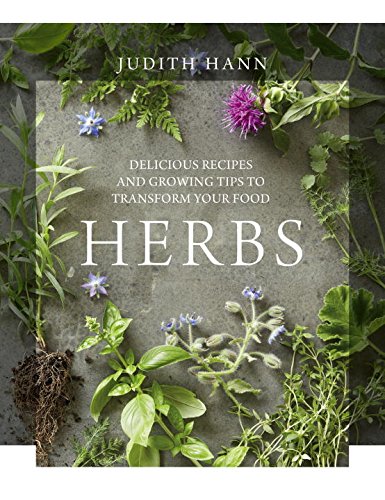 Herbs
Herbs have a transformative power – they can lift a dish from ordinary to sublime. Written by a true herb aficionado, this beautiful book is an ode to enjoying herbs all year round.
In each seasonal chapter, Judith Hann skillfully weaves together guidance growing – whether you have a full herb garden or simple pots on the windowsill – with delicious, imaginative recipes.
Find recipe inspiration for more common herbs and discover how to use those herbs that aren't so readily available in the supermarket. Judith shares a huge collection of recipes that have been tried and tested at her herb cookery school – from simple herb sauces and salads to more ornate dishes, such as Guinea Fowl with Lovage and Lime, or Spare Ribs with Plum, Chilli and Sage Sauce.
It also includes herb features, which provide a wealth of further quick recipes and ideas for:Pestos, made with a variety of herbs, Herb syrups and sugars, Herb ices, Preserving recipes with herb flavourings, Herb cheeses, and many more
Full of anecdotes, this is a wonderfully personal account of a love affair with herbs, as well as an indispensable guide on how to make the most of them every day.