+44(0)20 7384 9955
David Stevens FSGD, FCI Hort is one of the best known designers in the world. He originally trained as a landscape architect and went on to be offered the first Chair of Garden Design at Middlesex University.
David’s 26 RHS Chelsea medals, 11 of which have been Gold, and three Best Garden in Show awards have ensured his success.  He has won three Gold medals at the Hampton Court International Flower Show as well as the Croft Original Trophy for Best Garden in Show in 1985 and the Wilkinson Sword Trophy of Honour for Best Garden in show in 1989 and 1990, a unique achievement. He has also won awards in South Africa, Australia and Best Garden in Show Awards at Shizuoka and Hamamatsu in Japan.
David has been a gardening consultant for B&Q Retail and built four of his winning Chelsea gardens for them. He was also chosen as the designer by the Royal National Rose Society to create the Royal National Rose Garden, the first public memorial to Diana, Princess of Wales.
David has had a very successful writing career, contributing articles for virtually every gardening magazine and to The Sunday Times, The Daily Telegraph and the Sunday Telegraph. He is author of 21 books on landscape and garden design including: The RHS Garden Book with Ursula Buchan; Designing Your Ideal Garden, The Garden Design Sourcebook and Roof Gardens, Balconies and Terraces, Backyard Blueprints, Small Space Gardens and The Room Outside, as well as contributing to a wide range of publications at home and abroad.  His book sales to date exceed one million copies.
He pioneered garden design on television with the acclaimed six part series Gardens by Design for BBC2, was followed by an equally popular series Gardenwise for BBC1.  He continues to broadcast around the world.
David currently teaches at the prestigious KLC Design College in Chelsea and at the superb Filoli Gardens in California. 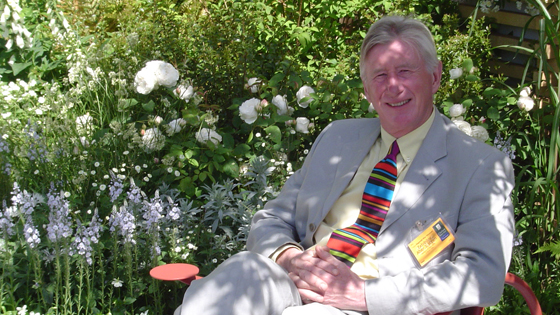 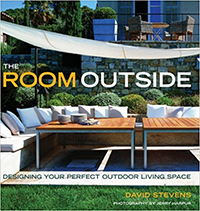 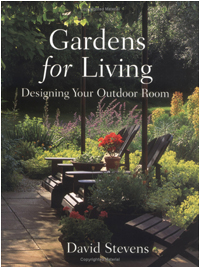 The Room Outside: Designing Your Perfect Outdoor Living Space
Look beyond the back door and discover the outdoor spaces that are waiting to be shaped into natural, relaxing extensions of the home. With gorgeous photographs throughout—many of them full-page—this inspiring guide immerses you in the aesthetics of outdoor living, from tiled gardens to trellised dining areas. Learn how boundaries, from low shrubs to metal walls, are essential to creating comfortable outdoor spaces, and how gardens can achieve the right balance of light and shadow. Also included are instructions for building wood and metal archways, “sleeper” steps, and a continuously refilling water chute; there is even a section on creating the perfect tree house!

Gardens for Living
This gardening guide features plans and appraisals of well-designed gardens, with a clear account of the design process, from bare plot to finished design. It de-mystifies the design process by applying many familiar rules of interior design and planning.