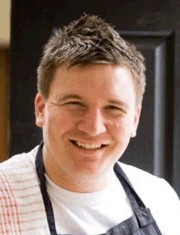 +44(0)20 7384 9955
Peter Sidwell is a chef, baker, author, and cookery school owner.  He has been a chef for 20 years, graduating from Beverley College in Yorkshire, before going on to work in several of the very best hotels in York and travelling through Europe, cooking his way around the continent.  The bright lights of the big city were tempting for a while, but having furthered his training on the London restaurant scene, he decided that he’d like to get back to his roots to work on a passion of his; baking.
Peter joined a local bakery near York, refining his skills and learning how to make great bread and pastry. He then moved into corporate catering for an international bank, cooking for private functions, training other chefs and giving demonstrations. Finally, having spent more time in a business suit than in his chef’s whites, he decided to go it alone; a life changing decision and the beginning of Good Taste!
In 2007 Peter started writing his first book which he published himself and sold over 4,000 copies in the first year. Following that success Simon & Schuster snapped it up and in April 2009 released Simply Good Taste. Peter followed this up with a bespoke bread machine cookery book Simply Good Bread for Panasonic and Carr’s flour. This was a great marketing success for Panasonic and he is now working on three new books and an e-book. Peter’s latest book, Simply Good: Family Food was published by Simon & Schuster in August 2012.
In January 2012 Peter opened his restaurant, Peter Sidwell @rheged café at the Rheged Centre near Penrith, serving local Cumbrian produce, and in 2014 opened his cookery school, now located in Keswick.  Peter has launched a TV app Simply Good Food TV which won Lux Magazine’s Food & Drink TV Channel of the Year 2016.  The app now has over 225,000 viewers and a social media reach of half a million.
Peter is a popular speaker for live events and regularly hosts demonstrations at events such as BBC Good Food Show, Ideal Home Show, and The Cake and Bake Show.  He has recently been working with NHS Scotland, consulting on hospital café menus and speaking at the Scottish Healthcare Facilities Conference 2014, he promoted British cheeses with Dairy UK in 2015, and was a keynote speaker at the Scottish Bakers Annual Conference and Awards in 2014 and 2015.
Peter’s first TV series, Lakes on a Plate, was shown on Channel 4 in September 2010 and on Horse and Country (Sky 253) in 2015.  He has also appeared as judge alongside Mich Turner in the double series Britain’s Best Bakery, on ITV1.  The show reached over 2.3 million viewers for its first series in 2012.  The second series in January 2014 was shown daily for 6 weeks totalling 30 episodes.  It was among ITV’s top 5 best performing daytime shows of 2014 and nominated for a ‘Best Daytime’ National TV Award.  The Britain's Best Bakery book was published by New Holland in May 2014. 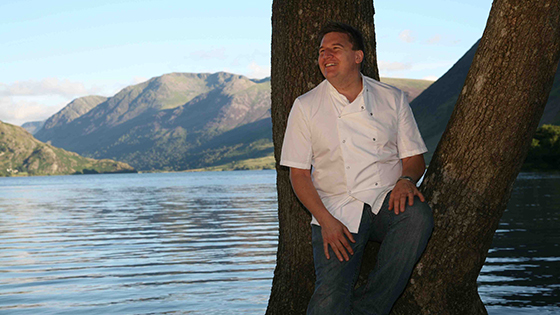