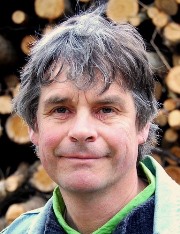 +44(0)20 7384 9955
Noel Kingsbury is internationally known as an innovator, writer and teacher in the garden world.  He has worked on both private gardens and public spaces developing nature-inspired planting, and has written about garden design, green roofs and the politics of gardening.
A great believer in using science to inform our gardening, Noel completed a PhD with the University of Sheffield in 2008.
Noel has a uniquely international perspective in the British garden media.  His discovery of naturalistic planting schemes in Germany and Holland in the 1990s led to an enthusiastic promotion of ‘letting nature take the lead’ in British gardens.
Noel is an established author having first published The Wildflower Gardener in 1994. Since then he has written and contributed to some 20 titles including The Ultimate Planting Planner, Architectural Plants, Natural Gardening for Small Spaces, Gardens by Design, Seedheads, Natural Garden Style, Hybrid: The History and Science of Plant Breeding, and Garden Designers At Home published in 2011.
He can be largely credited with introducing Dutch designer Piet Oudolf to the English speaking world.  Piet and he have now collaborated on a total of four books, including Designing with Plants, Planting Design: Gardens in Time and Space, Piet Oudolf: Landscapes In Landscapes, and the latest book, Planting: A New Perspective, published in April 2013.
As a keen journalist Noel also writes on gardening and design as well as food, farming, environmental and countryside issues for a range of publications including Gardens Illustrated, The English Garden, The Daily Telegraph, Green Places, The Garden (Royal Horticultural Society), BBC Gardener’s World Magazine, Homes and Gardens, House and Garden, The Guardian, The Times, and Financial Times.
Television appearances include Gardeners’ World, Jane Asher’s Good Living, and BSkyB gardening shows.
In 2007, Noel and a colleague, Tim Richardson, published Vista: the Culture and Politics of Gardens.  This has led to them co-chairing a highly successful monthly lecture series at London’s Garden Museum.  He now lectures at horticultural colleges internationally as well as teaching online courses.  In 2014 he hosted a lecture for BALI on sustainability and environment.
Noel lives and gardens in the Welsh Borders near Hay-on-Wye where his research continues alongside consultancy and design work.  He writes a blog with details of his talks and ongoing projects at www.noelkingsbury.com
Noel's Books 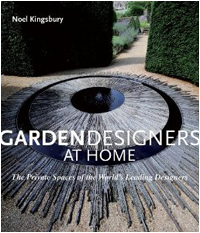 Garden Designers at Home
We may be familiar with the gardens designers have created for their clients, but what happens in their own backyards? This fascinating book takes a peek at the gardens of some of the world's most influential designers, investigating how they differ from their commissioned work, the design process, and how they reflect their owner's design philosophy. Private gardens are often places for experimentation, either with untried plants, novel construction techniques or innovative ways of handling space. Some designers use their gardens as 'gallery spaces' - perfect representations of the heart and soul of their work. Others may be radically different to a designer's commissioned projects. That private gardens are the site for experimentation, suggests that a peek through the garden gate will be a privileged look into the future.