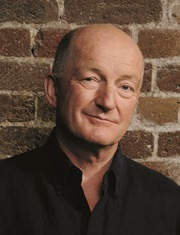 +44(0)20 7384 9955
‘Oz Clarke OBE is the nearest thing to genius in the world of wine writing.’  - Harpers
Oz Clarke OBE is one of the world’s leading wine experts, whose formidable reputation is based on his extensive wine knowledge and accessible, no-nonsense approach.
His tasting skills have won him an international following and he is acknowledged as having one of the finest palates of anyone writing about wine today.  He brings a refreshingly unorthodox wit and directness to the subject and has won all the major wine writing awards both in the UK and the USA many times over.
He is currently on our screens as the drinks presenter for ‘James Martin’s Saturday Morning’ on ITV, and has presented on Channel 5’s ‘Secrets of the National Trust’ since 2017.
Oz presented the iconic BBC series Food and Drink between 1982 and 2002.  He went on to present with James May between 2006-2009 two series of ‘Oz and James' Big Wine Adventure’, the sequel ‘Oz and James Drink to Britain’, and two series’ with Hugh Dennis 2009 – 2011; ‘Oz and Hugh Raise the Bar’ and ‘Oz and Hugh Drink to Christmas’.  For the series’ and accompanying book Oz and James were awarded International Wine Challenge Personality of the Year Award, the TRIC TV Arts/Documentary Programme of the Year Award, and Gourmand World Cookbook Award for Best Wine Literature.  Oz has made numerous guest TV appearances including on James May’s Toy Stories, The One Show, and Celebrity Antiques Road Trip.
Global recognition has made Oz a popular choice for the likes of Singapore Airlines to whom he is wine consultant, and Laithwaite’s Wine who retail a selection of wines chosen by Oz.  He regularly hosts wine tastings, tours, and awards for the cruise and travel industry, and for international corporate clients.
Oz’s best-selling books include annual guides ‘Pocket Wine Book’ and ‘250 Best Wines Wine Buying Guide’,  ‘Wine Atlas’ (2007), ‘Let me tell you about wine’ (2014), and ‘Bordeaux’ which won the Louis Roederer International Wine Writers’ Award 2009 and was republished in 2012.  In 2015 ‘The History of Wine in 100 Bottles’ and ‘Grapes & Wines’ won Gourmand Drink Awards 2015 ‘Best Wine Book’ and ‘Best Drinks Education Book’ respectively.  ‘Oz Clarke’s World of Wine’ is published 2017 by Pavilion Books, and his autobiography ‘Red & White: An unquenchable thirst for wine’ is published October 2018 by Little, Brown. His latest titles are 'Red & White' published by Little Brown (2018) and 'English Wine: From the still to sparkling' published by Pavilion (2020).
Oz’s other awards include the Lanson Special Millennium Award 1999 for outstanding contribution to wine communication and education, IWSC ‘International Drinks Communicator of the Year Award 2006’, and Lifetime Achievement Award at the Drinks Retailing Awards 2015.    In 2010 Oz received the honour Officier de l’Ordre du Mérite Agricole from the French government for services to French agriculture.
Before wine took over his life in 1984, Oz was a full-time actor and singer, starring in West End shows such as ‘Evita’, ‘Sweeney Todd’ and ‘The Mitford Girls’, and touring with the Royal Shakespeare Company.  He is now back on stage touring with Armonico Consort hosting (and sometimes singing!) in the unique show ‘Oz and Armonico Drink to Music’.  Oz also has a love of sport and supports Gillingham Football Club, near his childhood home in Kent. 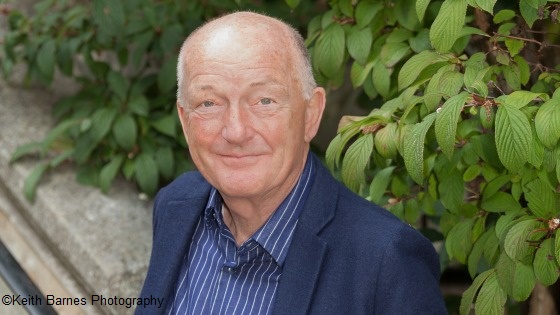 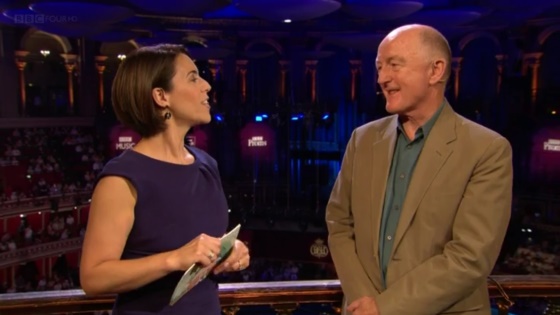 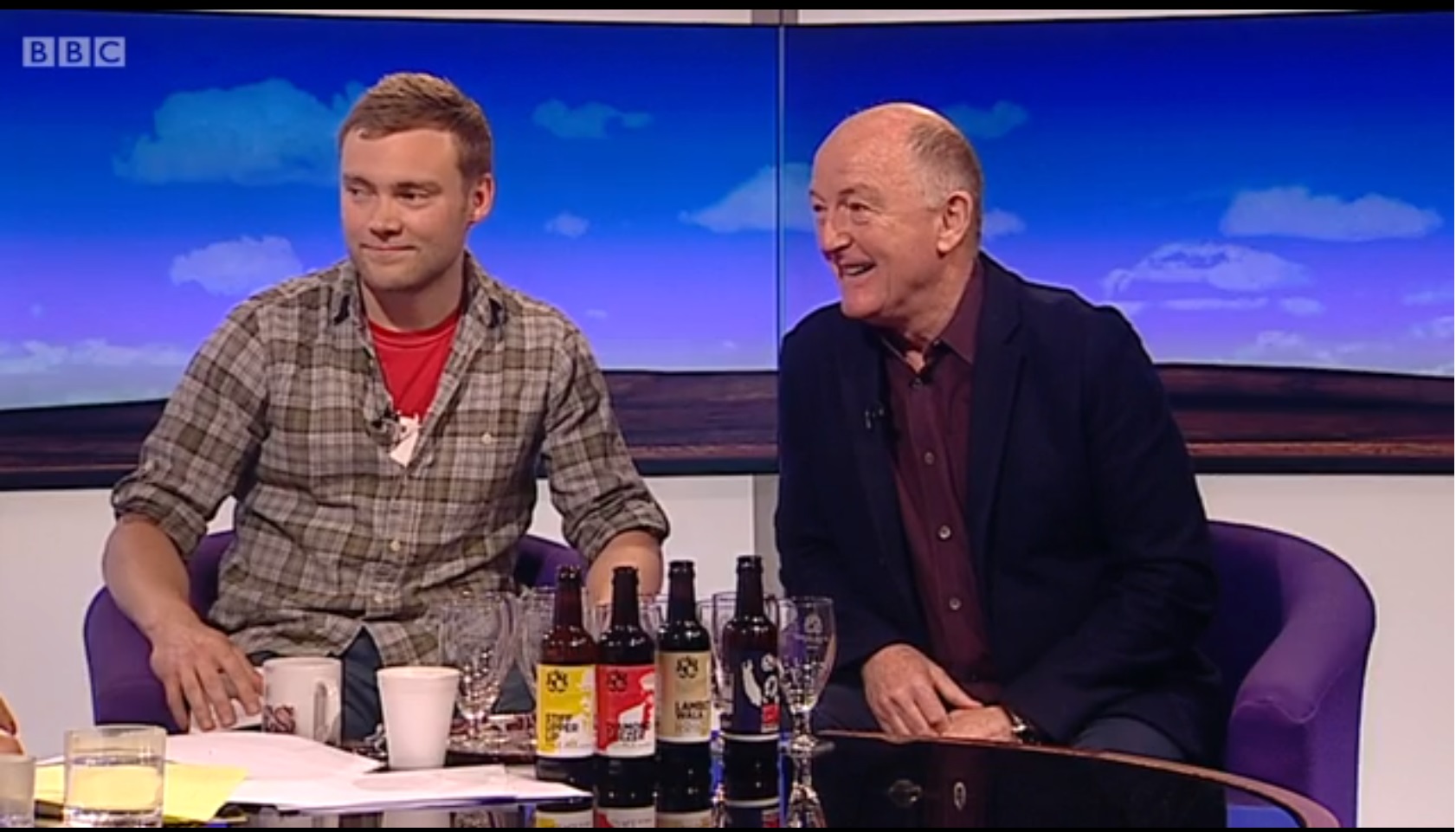 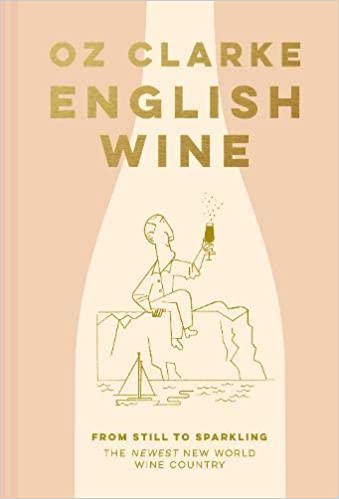 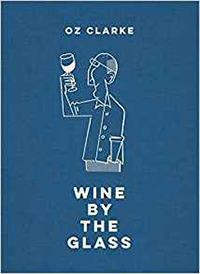 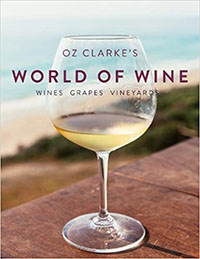 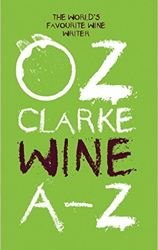 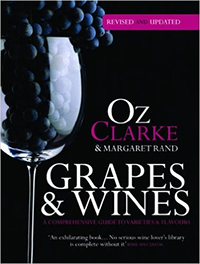 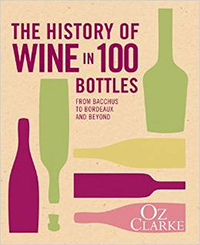 English Wine
It used to be the easiest way in the wine world to get a laugh – start extolling the virtues of English wine. Oh, how they would chortle! And they had a point.

Until the 1990s hardly any English wine was more than a curiosity to be drunk if you had no other choice. The old-fashioned view of English wine is that of a cottage industry made up of amateurs struggling with the mud and the drizzle. The modern view is of a country amazingly blessed with vast tracts of soil suitable for viticulture, much of it almost indistinguishable from the chalky slopes of Champagne and Chablis, and of a country taking full advantage of the vagaries of climate change to ripen Chardonnay and Pinot Noir to levels perfect for sparkling wine, and increasingly excellent still wines. And it wouldn’t be far off the mark to say that England is now the newest of the New World, New Wave wine countries. The 1990s brought several pioneering sparkling wine producers to the fore – led by Nyetimber and Breaky Bottom and suddenly England has found its wine vocation.

Oz Clarke Wine by the Glass
Oz uses his trademark wit and irreverent style to teach you the basics of wine appreciation and show you how to get more out of a bottle of wine, and find out what is really inside. Have you ever gone into your local wine shop or looked at the wine list in your local bar and thought with a sense of panic `Help, what do I choose?'... What sort of wine do I fancy today? A refreshing white? A summery red to take on a picnic or a spicy wine to go with a winter's stew?' Well, Oz is here to help. Split into sections covering basics (wine at a glance, good grape guide, wine styles, from grape to glass and quick guide to countries); practical stuff (what the label tells you, the canny wine buyer, essential kit, serving and keeping wine); and becoming a wine geek (tasting wine, starting your own collection, finding out more and quick guide to names in wine). Oz will be your guide through the world of fascinating flavours and help you find the sort of wine you enjoy drinking. Dip into this book and you will find a quick, accessible guide to wine styles: what is warm and spicy or chewy and blackcurranty? He recommends wines to try; and explains what the label tells you about the taste and quality of the wine and whether it is any good or not. Soon you will be confident enough to choose between flavoursome reds such as Shiraz or Pinot Noir, and refreshing whites from Alberino to Sauvignon Blanc. The book is divided into short, easy to read topics, with recommended wines to try covering all styles and flavours. Now is the moment to grab that glass, learn about what is inside that bottle and taste while you read..

Oz Clarke's World of Wine: Wines Grapes Vineyards
An authoritative guide from the one of the world s leading experts: Oz Clarke

Oz Clarke is widely acknowledged as one of the world s foremost wine experts and in "Oz Clarke s World of Wine" he reveals all you need to know about his favorite wines and grapes, as well as the top vineyards, growers, and winemakers. In his trademark lively and opinionated prose, Clarke takes readers on a grand tour of the great wine regions, explaining the flavors behind different wines and how to find the wine you want. With more than 50 panoramic maps, this brand-new book illustrates and explains the vital connections between the landscape and the wine."

Oz Clarke Wine A - Z Sep 2015
Britain's best-loved wine writer brings you more information, more recommendations, more facts, passion and opinion than any other comparable guide to wine. Organised in an easy-to-use A-Z format, the entries cover wines, producers, grapes, countries and wine regions from all over the world. For optimum browsing, the guide includes a handy country by country index as well as a full producer index to help you find over 4000 of the world's top wine producers and their wines. Detailed vintage charts, with information on which of the world's top wines are ready for drinking now, can be found on the inside front and back covers.

Grapes & Wines June 2015
"An exhilarating wine book...No serious wine lover's library is complete without it" Wine Spectator Grapes & Wines is the key to enjoying modern wine. Approaching wine through grapes is in tune with the way consumers now think and learn about wine. Most wines, especially those from the Americas, Australasia and South Africa, are now sold under the name of the grape variety used rather than under the old European system of chateau and appellation name. You're standing in a wine shop and see bottles labeled Aglianico or Tannat. Do you know what they are? Garnatxa sounds familiar and it is as it is the Basque name of the popular Grenache grape but how do you know this? You've heard of Carmenere from Chile and probably bought the wine but did you know it is an old historic Bordeaux variety? This is the perfect book to help you find out more about the world's top classic grapes, from Cabernet Sauvignon to Zinfandel - the history, the places, the people, the wine styles and the flavours are covered in detail. It is also just the book for dipping into as you come across an unfamiliar grape variety. Grapes & Wines has been thoroughly revised and updated.

The History of Wine in 100 Bottles: From Bacchus to Bordeaux and Beyond
Winemaking is as old as civilization itself and wine has always been more than just a drink. For thousands of years, from its origins in ancient Mesopotamia to its current status as a vast global industry, the history of wine has been directly related to major social, cultural, religious and economic changes. This fascinating and entertaining book takes a look at 100 bottles that mark a significant change in the evolution of wine and winemaking and captures the innovations and discoveries that have had the biggest impact on the history of 'bottled poetry'. From goatskin to the German Ratskeller casks and invention of the glass wine bottle, from the short onion-shaped bottles of the 1720s to the tall cylindrical bottles of the 1780s, why Bordeaux, Burgundy and Hoch have their own distinctive bottle shape to the distinctive Paul Masson carafe of the 1970s. Other stories cover the first cork-topped bottles to screw caps, bag-in-box, cans and cartons, early wine labels once glue was strong enough, the first wine labels to be produced by a vineyard (and not a merchant as previously) and commissioned artwork by the 20th century's most iconic artists for labels on high-end bottles; historically important and unique bottles: the oldest unopened, the most expensive sold at auction, the rarest; wines from the oldest vineyard in production, from the driest place on earth, from the highest and lowest vineyards and the most northern and southern. Oz Clarke also writes about the people who have influenced wine through the centuries, from the medieval Cistercian monks of Burgundy who first thought of place as an important aspect of wine's identity, through scientists like Pasteur and Peynaud who improved key technical aspects of winemaking, to 20th-century giants like Robert Mondavi and Robert Parker Jr. Oz also talks about famous vintages, from the 1727 Rudesheimer Apostelwein to the first Montana Marlborough Sauvignon Blanc in 1979 and today's cult wines from Bordeaux and California.
Oz's Videos
Oz Clarke Talks English Wine
Oz Clarke OBE presents Secrets of the National Trust - C5
Oz Clarke OBE on BBC Proms 2016
Richard Siddle Chats To Oz Clarke On Life In Lockdown & His New Book On English Wine