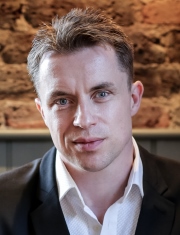 +44(0)20 7384 9955
James Tanner began his TV career in 2002 on UKTV Food, becoming a regular co-presenter for Great Food Live.  He then joined BBC One’s Ready Steady Cook, and the show drew in close to 3 million viewers per episode.
Since then he has appeared on Step up to the Plate, Saturday Kitchen (BBC1), Something for the Weekend, Put Your Menu Where Your Mouth Is, Take on the Takeaway (BBC2), Country House Sunday (ITV), Munch Box (CITV), Winner Winner School Dinner (CBBC), and as resident chef on ITV’s Lorraine.
2010 saw James’ career soar, with his own range of products with Matalan incorporating everything from cookware to kitchen textiles.   James and his brother Chris filmed their own 15 part series The Tanner Brothers, broadcast on the Carlton South West region in December 2003, and repeated on Great Food Live in 2004 and UKTV Style.
James has been the face of high profile campaigns for brands such as Bird’s Eye, Blossom Hill, Heinz Soup, Flora, and in October 2015 he became chef ambassador for Coup de Pates UK.
In 1999 James and Chris realised their boyhood dream and opened Tanners Restaurant in Plymouth. This was the perfect opportunity to put into practice their excellent Roux Brothers training and it was hugely successful for 15 years, voted AA Awards - Best Restaurant in the UK 2007 and 2008.  Tanner Brothers’ current restaurants are ‘The Barbican Kitchen’ in Plymouth which opened in 2006, ‘The Catch’ in Looe – National Fish and Chip Awards ‘Best Newcomer 2016’, and ‘The Kentish Hare’ in Bidborough, Kent, which opened in May 2014 and within 8 months was listed in the Michelin pub guide, awarded 2 AA rosettes, and won the Top 50 Gastropub Awards’ ‘One to Watch 2015’ and ‘Newcomer of the Year 2016’.
James is a regular at food festivals up and down the country, as well as hosting the fine dining restaurant at Royal Ascot in 2017 and 2018. In 2014 he was appointed Chef Director of Salon Culinaire at Hotelympia.  He is also a judge for Nestlé Professional Toque d'Or young chef competition, and was chairman of the judges for eleven years.  In 2018 he co-presented the 25th Craft Guild of Chefs awards ceremony.
Passionate about using local, seasonable and sustainable produce of excellent quality, James was involved in the first Red Tractor Week, supporting farmers, processors, retailers and distributors who work together to maintain and raise production standards, and hosted the Western Daily Press Food and Farming Awards 2015.
James’ books include ‘For Chocolate Lovers’ and ‘Ice Cream’ co-written with Chris Tanner, and solo titles ‘James Tanner Takes 5’, and 'Old Favourites, New Twists - 100 classic recipes with a difference' published by Kyle Cathie. 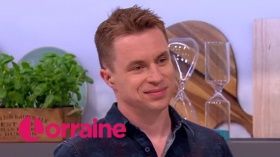 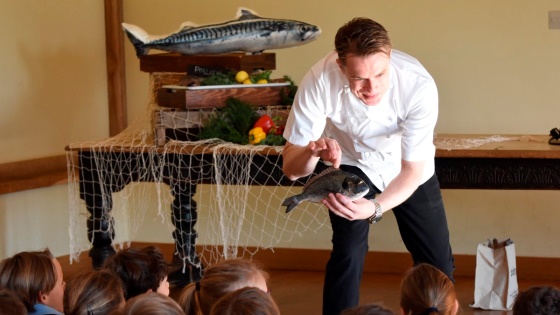 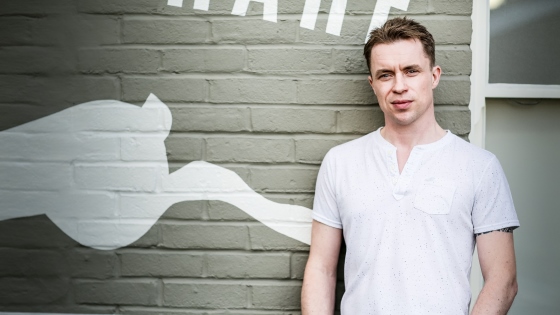 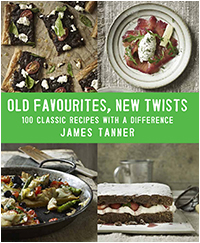 Old Favourites, New Twists - 100 classic recipes with a difference
Most of us have a few favourite dishes that have become supper staples - simple, tasty and served up on so many occasions that they're now a little bit dull and boring. What we need is something to add a bit of pep to meal times and Old Favourites, New Twists provides the perfect solution. In 100 innovative recipes James takes well-loved classics such as a vichyssoise soup and, with an ingenious twist, adds a hint of curry and a garnish of yogurt and coriander giving them a fresh contemporary taste. Inspirational ideas like using quail instead of chicken in a Caesar salad or giving your roast lamb a flavour boost with a teriyaki marinade are a welcome respite from tired dishes. With chapters on small dishes, vegetarian meals, mains and desserts, these flavoursome recipes can be knocked up in no time with store-cupboard staples and a few good-quality ingredients, so whether it's supper for one after a busy day at work or a weekend dinner party, James' signature twists work every time.
James' Videos
James Tanner - ITV News
James Tanner - Lorraine
James Tanner - Saturday Kitchen