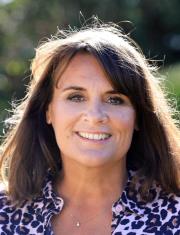 +44(0)20 7384 9955
Jo Wheatley is a food writer and TV baker who rose to fame as winner of the second series of The Great British Bake Off.
Since winning, Jo set up a cookery school from her home in Essex which was listed in The Guardian’s Top Five UK Baking Schools.  In August 2015 she was voted 2nd in a poll of Radio Times readers’ favourite ever Great British Bake Off contestants.
She also writes a successful blog, 'Jo's Blue AGA', achieving over 125,000 hits per month, and she interacts daily with her loyal fan base of 27K+ Twitter, 43K+ Facebook, 21k+ Instagram followers, and over 5 million views to her Google+ page.
Jo was a recipe columnist for Sainsbury’s magazine January 2013 - June 2014 and is a frequent contributor to various publications including The Sun, The Mirror, BBC Good Food Magazine, and Hello magazine.
Her first book, A Passion for Baking, was published in 2012 and debuted at No.2 in the hardback non-fiction chart.  Her second book, Home Baking, was published by Constable and Robinson in 2014.
On television, Jo has given Jay Rayner a mini lesson on the art of scone making for The One Show (BBC1), had a week-long guest appearance on What’s Cooking? (Channel 4), and was guest chef on This Morning, The Alan Titchmarsh Show (ITV), and Christmas Kitchen (BBC1).
Jo is regularly in demand for live food events across the UK, hosting the Interview Stage and demonstrating her recipes at BBC Good Food Show.  She is a regular star baker at The Cake and Bake Show, and Ideal Home Show as well as many regional food festivals.
She has starred in brand campaigns and events for Neff, NPower, NCL, Mattel, Dr Oetker, Stork, and Philadelphia.
Jo was the annual star judge for the Big School Bake Off competition supported by Unilever Stork in association with LACA (Lead Association for CAtering in education) for three years, and also worked with Stork in the care-home sector in 2016.  Her charity work includes fundraising campaigns for Lullaby Trust, Children in Need and the Rainbow Trust.
When not baking, Jo loves spending time with her family and walking her dogs in the Essex countryside. 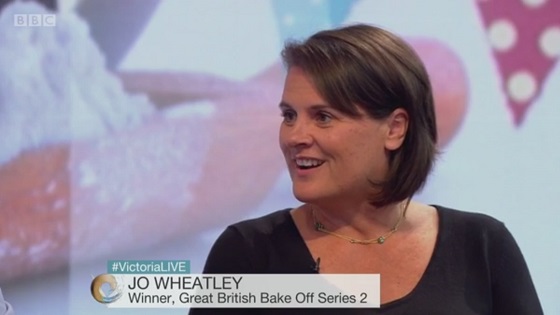 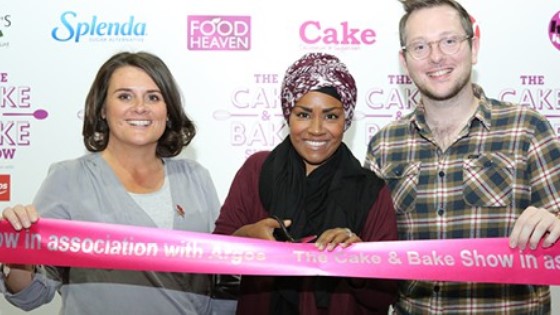 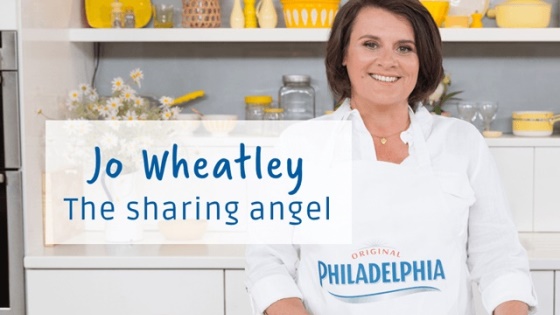 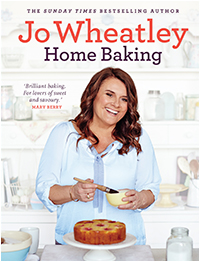 Home Baking
A wonderful new family cookbook from BBC2’s Great British Bake Off winner and bestselling author of A Passion for Baking. In her sumptuous new book Jo Wheatley shares a mouthwatering collection of the hearty food she brought her three hungry boys up on. These are the foolproof recipes handed down to her by her Nan, and the treats she continues to delight her family and friends with. HOME BAKING provides a rich feast of easy recipes for little ones, tasty pies and tarts, delicious pastries, tray bake suppers and heavenly cakes. All will make you want to roll up your sleeves and get out the mixing bowl. Jo's recipes are refreshingly simple, and all made regularly for her family.  From a classic focaccia, to delicious chocolate and honeycomb bars, perfect American pancakes and a spectacular croquembouche, the 100 recipes in HOME BAKING will fill your home with wonderful aromas and delicious food all year round.
Jo's Videos
Jo Wheatley on Saturday Kitchen - BBC1
Jo Wheatley for Philadelphia
Jo Wheatley on What's Cooking - C4
Jo Wheatley on This Morning - ITV